Evolution is an observable reality of the universe. Evolution applies to both life and living standards. The process of change is continuous, going on since the start of life. Human beings started in caves, and today housing complexes exist. The process of creation and recreation will keep modeling and remodeling the world.

Intellectual progress helped humans create systems of life including laws, financial dealings, transportation, and trade. The creative side of evolution saw human beings forsake old practices and develop novel ways, with the promise of changing lives for the better.

The first long-distance trade took place around 3000BC between the Indus valley civilization and Mesopotamia. The trade was based on the barter system, and with time, traders felt the need for a commodity that can be traded in place of goods and offers convenient logistics. They found the answer in Gold coins, easy to carry, and provided huge value. This was the beginning of money which then evolved into a modern form of notes and now into digital coins.

The modern world is moving towards a cashless future. One of the recent examples is the emergence of cryptocurrency. The cryptocurrency was not well received initially but gained momentum when people started realizing its borderless nature. Several companies emerged in the cryptocurrency market dealing in crypto coins like Bitcoin, Libra, and Ethereum.

Financial markets and institutions underwent a radical transformation in the past decade. Globalization, liberalization, and technological leaps in computer science in recent history have created a more connected world and eased and intensified trade. With the advent of high tech and sophisticated equipment, banks have shifted towards online banking.

The cost of physical, financial transactions is significantly higher than the price of online transactions. Cross-border transaction independence has further lowered the dependence on currency notes. A recent trend in increasing international remittances is due to the faster transaction processing time.

A recent global trend in freelancing has encouraged platforms like PayPal and Payoneer; these platforms enable users to send or receive money across countries. Sending and receiving money online has removed the gaps between buyers and sellers as well. Amazon, AliExpress, and Alibaba platforms are delivering international services.

The rise of credit and debit cards

Debit and credit cards have significantly lowered the need for carrying cash. Credit/debit cards are not only convenient but safer. Contactless technologies have further enhanced the payment experience and made the payments more manageable and faster.

The card technology has also made regular daily transactions or purchases. More and more services like airline tickets, bus fares, and utility bills are now payable via cards. Smartphones have further changed the way the banking sector worked. Now you don’t have to go to a bank branch to transfer money. You can do that with a few clicks on your smartphone via banking apps.

The value of money in the future

The cash and coins that are known to us are valued because humans have assigned them a specific value; otherwise, they are just a piece of paper or metal. The value changes now and then, and different forms of currency value and devalue in the international market are based on various factors. Zorpete G. (IEEE published researcher) in 2018 explained the importance of money as,

Today’s money is based on a set of mutual beliefs. This means that money has value only because society has assigned it a specific value. Some are of the opinion that money is the most important abstraction human beings have ever devised.

Modern generations have decreasing gravitation towards physical currency, and it is the indicator that in the next decade, completely cashless societies will start emerging. The trend is now eminent in Switzerland, where only 13% of transactions took place in cash, whereas 87% of the transactions took place via electronic medium. According to Riksbank, only 1% of GDP worth cash notes are in circulation in Sweden. The trend will only expand in the rest of Europe, where 80% of transactions are still cash-based.

CEO of Worldline Gilles Grapinet projected an outlook on Europe’s payments industry’s future in an interview with McKinsey.

I am convinced that our payment industry is on the right track and has a bright future. Our fundamental mission is to support the long-term transition, initiated decades ago towards economies with much less cash-based payments and more electronic payments.

Sweden seems to be the vanguard in removing cash denominations in circulation, Cecilia Kingsley (deputy governor) expects that the last cash notes in circulation will be handed back to Riksbank by 2030.

Such trends are also seen in other parts of the globe as South Korea aims to terminate the production of the coins till the end of 2020.

Even with the increase in electronic transactions, the number of cash denominations is increasing. According to a report by G4S, there are 500 billion currency notes in circulation around the globe making up around 9.6 percent of global GDP. The number was slightly low in 2011 when the currency notes were around 8.1% of world GDP. Inflation and demand for money are the keys to the rise in the recent increase in currency notes.

The cash won’t be disappearing from our lives anytime soon, but the cashless trend has already started and picked up the pace every year. Paper and coin-based money will be outdated and more secure, convenient, and reliable transaction sources will begin emerging. 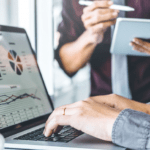 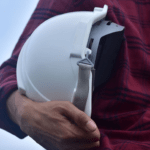 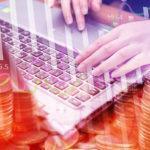 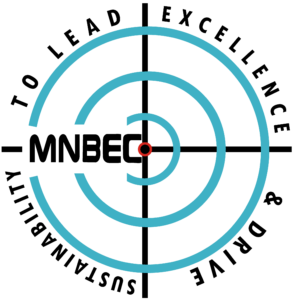